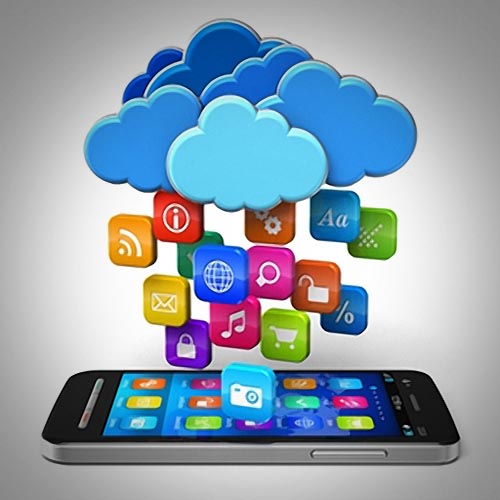 Screens are small, apps are big, and life as we know it is on its head again. In a world that’s increasingly social and open, mobile apps play a vital role, and have changed the focus from what’s on the Web, to the apps on our mobile device. Mobile apps are no longer an option, they’re an imperative. You need a mobile app, but where do you start? There are many factors that play a part in your mobile strategy, such as your team’s development skills, required device functionality, the importance of security, offline capability, interoperability, etc., that must be taken into account. In the end, it’s not just a question of what your app will do, but how you’ll get it there.

There are three types of apps:

Native apps are specific to a given mobile platform (iOS or Android) using the development tools and language that the respective platform supports (e.g., Xcode and Objective-C with iOS, Eclipse and Java with Android). Native apps look and perform the best.

Hybrid apps make it possible to embed HTML5 apps inside a thin native container, combining the best (and worst) elements of native and HTML5 apps.

In a nutshell, native apps provide the best usability, the best features, and the best overall mobile experience. There are some things you only get with native apps:

Native apps are usually developed using an integrated development environment (IDE). IDEs provide tools for building debugging, project management, version control, and other tools professional developers need. While iOS and Android apps are developed using different IDEs and languages, there’s a lot of parity in the development environments, and there’s not much reason to delve into the differences. Simply put, you use the tools required by the device.

You need these tools because native apps are more difficult to develop. Likewise, the level of experience required is higher than other development scenarios.
While we’ve touched on native apps from a development perspective, there’s also the more important perspective: the end user. When you’re looking for an app, you’ll find it in the store. When you start the app, it fires up immediately. When you use the app, you get fast performance, consistent platform look and feel. When your app needs an update, it tells you so. Native apps give you everything you’d expect from the company that built your device, as if it were simply meant to be.

An HTML5 mobile app is basically a web page, or series of web pages, that are designed to work on a tiny screen. As such, HTML5 apps are device agnostic and can be opened with any modern mobile browser. And because your content is on the web, it’s searchable, which can be a huge benefit depending on the app (shopping, for example).

An important part of the “write-once-run-anywhere” HTML5 methodology is that distribution and support is much easier than for native apps. Need to make a bug fix or add features? Done and deployed for all users. For a native app, there are longer development and testing cycles, after which the consumer typically must log into a store and download a new version to get the latest fix.

So if HTML5 apps are easier to develop, easier to support, and can reach the widest range of devices, where do these apps lose out? The answer is, you can’t access native features on the device. Users won’t have the familiarity of the native look and feel, or be able to use compound gestures they are familiar with.

But strides are being made on all fronts, and more and more functionality is supported by browsers all the time. The latest batch of browsers support hardware accelerated CSS3 animation properties, providing smooth motion for sliding panels as well transitions between screens, but even that can’t match the power and flexibility of native apps. Moreover, significant limitations, especially for enterprise mobile, are offline storage and security. If a web app with authentication is launched from the desktop, it will require users to enter their credentials every time the app it is sent to the background. This is a lousy experience for the user. In general, implementing even trivial security measures on a native platform can be complex tasks for a mobile Web developer. Therefore, if security is of the utmost importance, it can be the deciding factor on which mobile technology you choose.

Hybrid development combines the best (or worst) of both the native and HTML5 worlds. We define hybrid as a web app, primarily built using HTML5 and JavaScript, that is then wrapped inside a thin native container that provides access to native platform features. PhoneGap is an example of the most popular container for creating hybrid mobile apps.

For the most part, hybrid apps provide the best of both worlds. Existing web developers that have become gurus at optimizing JavaScript, pushing CSS to create beautiful layouts, and writing compliant HTML code that works on any platform can now create sophisticated mobile applications that don’t sacrifice the cool native capabilities.

You know that native apps are installed on the device, while HTML5 apps reside on a Web server, so you might be wondering if hybrid apps store their files on the device or on a server? Yes. In fact there are two ways to implement a hybrid app.

Local – You can package HTML and JavaScript code inside the mobile application binary, in a manner similar to the structure of a native application. In this scenario you use REST APIs to move data back and forth between the device and the cloud.

Server – Alternatively you can implement the full web application from the server (with optional caching for better performance), simply using the container as a thin shell over the UIWebview.

Mobile development is a constantly moving target. Every six months, there’s a new mobile operating system, with unique features only accessible with native APIs. The containers bring those to hybrid apps soon thereafter, with the web making tremendous leaps every few years. Based on current technology, one of the scenarios examined in this article is bound to suit your needs. Let’s sum those up in the following table: